NEWCASTLE, England, June 18, 2020 /PRNewswire/ — Simon Robinson and Dr Bill Collis – Co-Founder and former CEO of multi-award-winning visual-effects firm, Foundry – have joined ZeroLight as Advisors to the Board. The announcement comes as part of a significant productisation and expansion drive for the Newcastle-based company after it doubled its number of clients over the last 12 months. Marking their first venture together since Bill stepped down as Foundry CEO in 2015, Bill and Simon joined ZeroLight after recognising its unique ability to use cloud-based rendering to scale advanced 3D visualisation worldwide. 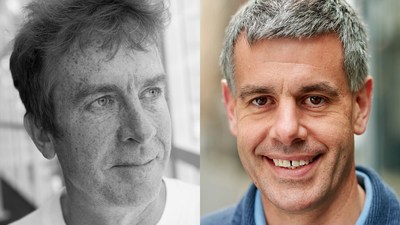 Under the leadership of Bill and Simon, Foundry grew from a niche, London-based visual-effects company into a high-growth global force in the development and distribution of post-production tools and product-design technology. The company pioneered the CGI revolution that took the film industry by storm at the turn of the century, including the software behind ‘bullet time’ in the Matrix films. This work resulted in numerous individual and joint accolades, including Bill’s Ernst & Young Entrepreneur of the Year award, Simon’s listing in Fast Company’s ranking of the 100 most creative people in business, and their joint Sci-Tech Academy Award (Oscar) for the development of the ground-breaking Furnace software.

“My focus has always been on using CGI technology to create value. Whether for motion pictures or for retail, the concept remains the same: we must create ‘wow’ moments. With ZeroLight’s unique cloud-based 3D visualisation capabilities, we have the opportunity to do exactly this by bringing the magic of film to automotive sales and marketing.”

Simon Robinson, Co-Founder of Foundry and Advisor to the Board of ZeroLight

During their tenure, Bill and Simon presided over several significant milestones at Foundry, including four mergers and acquisitions. The Foundry exited to Roper for $545 million in 2019. Today, Simon continues to support the Foundry senior leadership team, while Bill has become Chairman of and advisor to several private-equity-backed technology companies.

“In ZeroLight, I see an opportunity to drive real transformative change in the way the world buys cars. Its vision and highly scalable technology make for a unique proposition in the market, and I’m relishing the opportunity to help guide the company’s evolution as it solidifies itself as a market-leading scale-up.”

Bill Collis, Former CEO of Foundry and current Advisor to the Board of ZeroLight

Simon and Bill’s unrivalled industry experience is playing a key role in ZeroLight’s current expansion and productisation drive, as it transitions from start-up to scale-up. In line with this, ZeroLight has expanded its Product Team and revamped its portfolio, adding several new products. Most notable among these are its Re:Connect solutions – Reveal, Concierge, and Display – which are designed to address the short and long-term challenges that social distancing have highlighted in the automotive industry.

“I first met Bill and Simon many years ago at Foundry and I was impressed by their open, collaborative approach. As architects of the CGI revolution that swept across the film industry, I believe their unique skillset will enable ZeroLight to deliver on our vision to replicate and accelerate the same revolution within and beyond the automotive industry.”

This news comes amidst a host of new client announcements for ZeroLight, with Skoda and VW recently becoming the latest major brands to deploy international campaigns using the company’s technology. In the coming weeks, ZeroLight is also set to announce its first non-automotive customer, currently on global roll out. On the back of these and other yet-to-be-announced projects, the company has significantly expanded its core team, with 27 new starters already in 2020.

The Voltas Have Arrived! Volta-X Launches Today for Nintendo Switch and PC

You may have missed

Assimilate Apps FREE For The Next 6 Months!